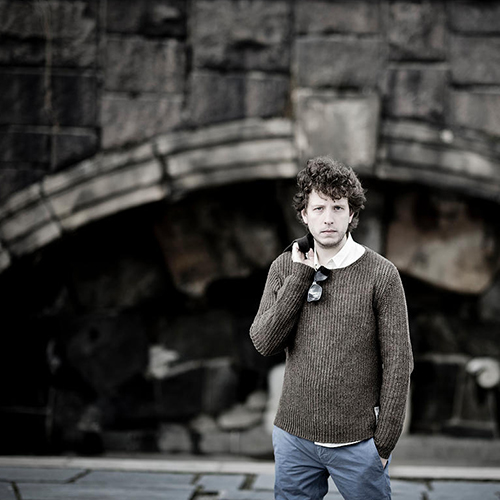 Peter Friis Johansson is different. His fiery performances and unequald sense for subtle sonoral variation, combined with the ability to in widely performed works discover unexpected cultural contexts and from them create refined musical ideas has earned him epithets like ’the king of nuance’, ’sound magician’ and ’thoroughbred genius’. He has appeared at many of the world’s most prestigious venues, has won top international piano competitions and has collaborated with numerous of today’s greatest composers.

The story does, however, begin quite unglamorous. At age nine, in a suburb to Stockholm, Peter Friis Johansson enrolls in free of cost public music school and the rise of his musical abilities starts with Inger Flyckt as his teacher. When he later studies at the Royal College of Music in Stockholm his teachers are Anders Kilström and Mats Widlund, and outside of the academical world, he further develops his musicality with Konstantin Bogino as his mentor.

Already as a student, Mr. Friis Johansson is hailed as Sweden’s new pianist star. He embarks on several Scandinavian tours and is crowned Sweden’s young soloist. Along with Jakob Koranyi he records a CD that is later crowned album of the year by magazine MusicWeb International. He captures prize after prize in international competitions, is discovered by Swedish Radio who makes him their artist in residence and embarks on a tour of Europe with clarinetist Emil Jonason, performing concerts in, among others venues, the Musikverein and the Concertgebouw.

But in the summer of 2012, disaster strikes. Peter’s career is devastated by an injury in a finger and suddenly everything is different. To provide for his family, he performs concerts with nine functioning fingers while he trains his healthy left hand, and for a period it feels like he did indeed lose a finger, but he also won a hand. When the injury after a long rehabilitation process is healed, we meet an artist with completely new musical possibilities. He makes his international comeback at the ‘Alaska International Piano-e-Competition 2014’. The competition is a triumphant success for Peter who wins the first prize, gold medal and takes his first step in his US career.

Mr. Friis Johansson is currently performing cycles of Franz Schubert’s eleven completed piano sonatas throughout the world, and in spring 2017 the first of the five CDs that will cover the entire cycle will be released. Legendary Swedish composer phenomenon Sven-David Sandström’s new piano concerto -premiere March 2017 with Gothenburg Symphony Orchestra- is a project initiated by Peter with the generous support of Anders Wall Foundation, and has resulted in one of 2000s most interesting works for piano and orchestra. In 2018, Peter will premiere Andrea Tarrodis piano concerto Stellar Clouds with the Royal Stockholm Philharmonic Orchestra and make his soloist debut in the US.

In addition to his solo career, Peter is a passionate chamber musician who engages in longterm projects with, among others, cellists Andreas Brantelid and Jakob Koranyi. With Emil Jonason, he forms the duo Emil&Peter, whose current project ‘Worst of Emil&Peter’ seamlessly blends music with acting and the spoken word. The same idea is present in Peter’s solo project ‘The Final Frontier’, a concert with a science fiction theme that through the use of modern technology updates the piano recital to an art form created for modern day society.

In the summer of 2016, Mr. Friis Johansson founded Järna Festival Academy [previously known as Ytterjärna Piano Academy], which is a complement to traditional music conservatories. Since 2015, he teaches at the Academy of Music in Västerås and gives lectures in the history of ideas and rhetorics at the Academy of Music in Ingesund. He regularly gives master classes at other high profile music conservatories in Sweden and abroad.