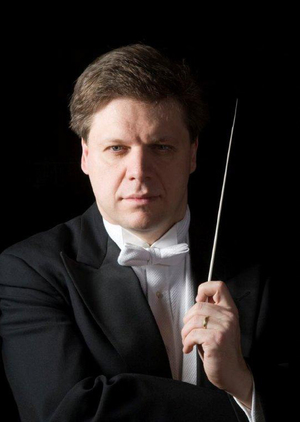 Russian born Eduard Zilberkant is recognized as one of today’s most gifted artists and has an active career as conductor and pianist. A Yamaha performing artist, Eduard Zilberkant has been received enthusiastically by audiences and press alike throughout Europe, Canada, Asia and the United States, performing in such halls as The Academy of Music and Curtis Hall in Philadelphia; Merkin Hall in New York City; Artur Rubinstein Hall and Warsaw Philharmonic Hall in Poland; Teatro di San Carlo Opera House in Naples, Italy; Teatro Sangiorgi in Catania, Sicily; Volgograd Opera House in Russia; Sitka Music Festival and Alaska Center for the Performing Arts in Anchorage.

The Badische Zeitung wrote of his performance of the Dvorak’s “New World Symphony”, “[Maestro Zilberkant] made an impression for feeling the nuances of tempo, pauses, and accents… he brought out new colors and romantic feeling with full balance of the sound from the orchestra.”  After his performance of the Mozart’s Symphony No. 41 in Anchorage, Alaska. The Anchorage Daily News wrote: “[Maestro Zilberkant] brought admirable intelligence to his reading of the piece…and sculpting the individual lines into a monumental and heroic structure; his weaving of the finale’s awesome counterpoint show him to be a musician of significance whom we hope to hear again.”  American Record Guide stated, “Zilberkant’s artistic approach emphasizes a strongly colored rhetoric, supported by passionate and sensitive temperament…Zilberkant’s pianistic and musical qualities are found not only in his speed, but also in his ability to distill the slow tempos by drawing them out to the extreme.”  Radio France, Polish Radio and Television and PBS Radio and Television in the United States have also broadcast his performances.  Music critics have asserted that he “possesses a remarkable keyboard mastery; plays in the style of the old romantic masters; he knows how to extract quite a palette of colors from the piano; his playing is subtle and passionate at the same time; he has the equipment that makes for pianist greatness.”

Eduard Zilberkant has been hailed as an inspirational teacher around the world. He has given masterclasses at the International Keyboard Institute and Festival in New York City, the Rubinstein Academy in Dusseldorf and the Conservatory of Music and Dance Cologne, Germany; the Puccini Conservatory in Italy; the Gumi International Music Festival in South Korea, and the Ionian Conservatory in Greece. His students have won national and international piano competitions and appear as soloists worldwide.

A Fulbright Scholar in Germany, Eduard Zilberkant received a Solisten Diploma from the Freiburg Musik Hochschule. He received the Doctor of Musical Arts degree from Temple University in Philadelphia.  His teachers have included Jerome Rose, Vitaly Margulis, Theodore Lettvin, Robert Spano and Robert Shaw. Presently, he is Artist in Residence and Professor of Piano at the University of Alaska Fairbanks. For the past eighteen years he has been Music Director and Conductor of the Fairbanks Symphony Orchestra and the Arctic Chamber Orchestra.